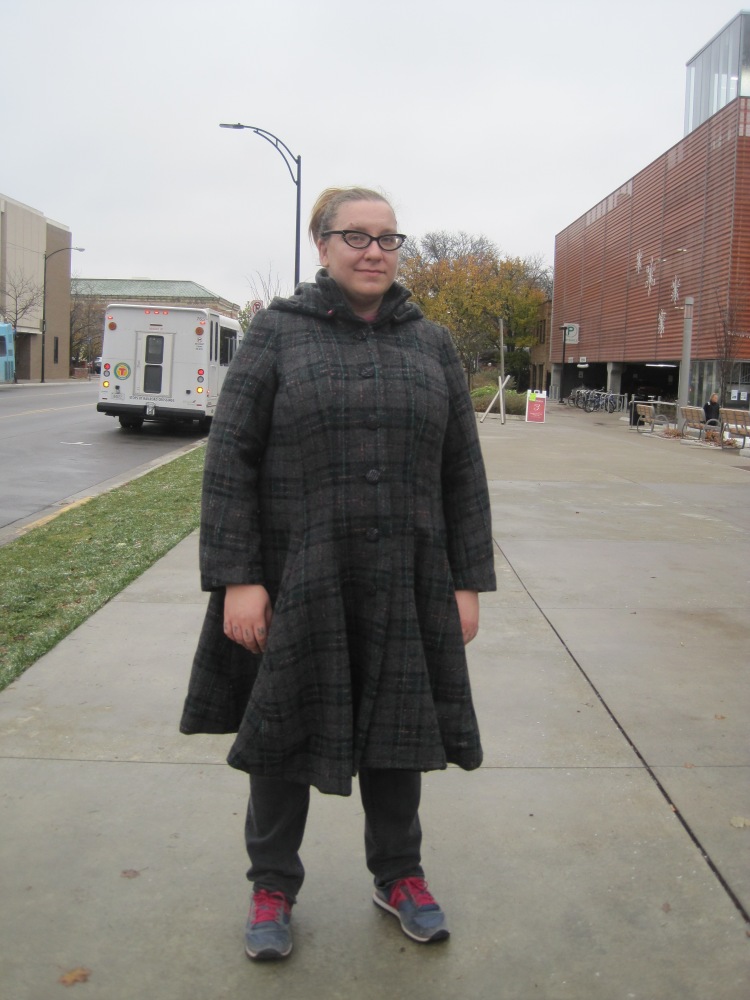 man, this coat looks kind of dumb with these sneakers, doesn’t it? in any case, it’s done! i actually finished the coat around thanksgiving & have been wearing it ever since. i don’t know why it took me so long to take some detail photos & write a post…actually, i do know. i’ll get to that later. 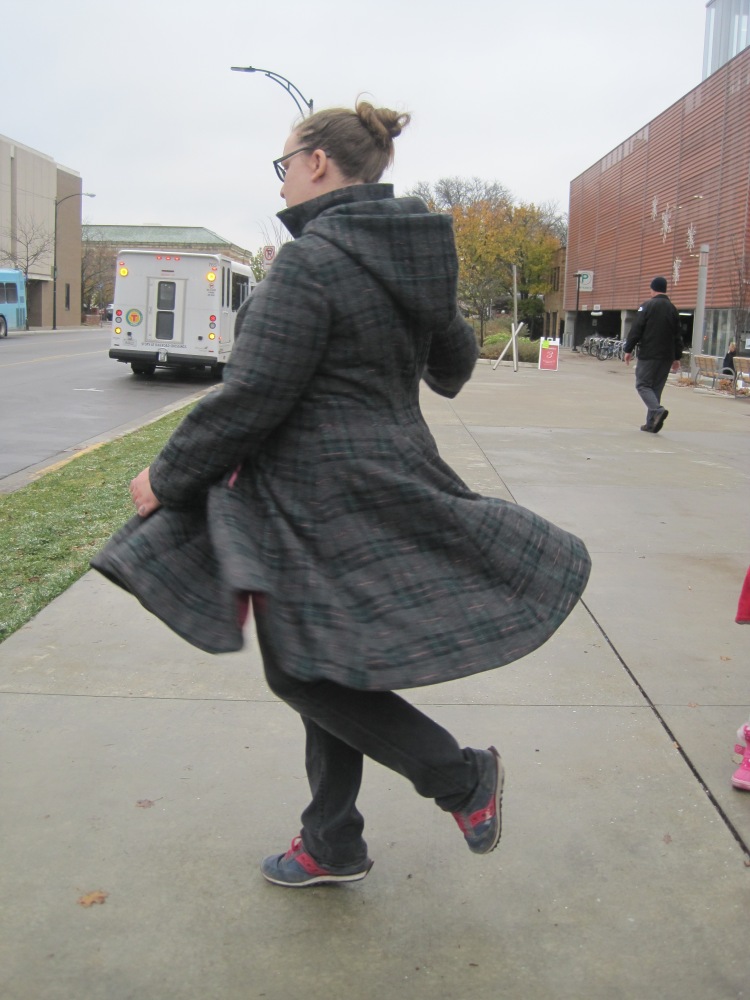 obligatory twirl photo! we came so close to getting a parking ticket while we took these photos.

i think that’s it. i already wrote quite a bit about my fabric choice & pattern-matching & all that good stuff, so i won’t repeat it.

mostly i am really satisfied with this coat. the changes i made obviously added some time & complexity to the project, but it’s not like i expected to make a winter coat in a day. the coldest weather we’ve had so far was around 30 degrees & sleeting, & the coat handled it well. it kept me warm & dry.

is it perfect? no. of course i always turn an extra-critical eye on my own creations. with this, i think the pockets are too low.

that little pop of pink in the side seam is a pocket. if it was even just an inch higher, i’d be happier. i don’t know if that was a drafting issue or a problem that occurred when i added length for the FBA. i added the length at the lengthen/shorten line, which is above the pocket, but i just did it to make the front two princess panels match the side, where i did the FBA. maybe i should have moved the pockets up to compensate? it occurred to me during construction, but i decided to take a chance on sticking with the pattern.

it could also be an issue of the panel stretching. i sewed those seams twice because i forgot to put in the pockets the first time, & this wool blend definitely has a little stretch to it, especially as it is handled.

i also regret not understitching, like, everywhere. pockets, facing…this is another thing i considered during construction, but there was nothing in the directions about it, so i skipped it. like an idiot. i don’t know why, as i went my own way with other details, like bound buttonholes & adding a back stay. i guess i know for next time.

& worst of all…i could NOT get the lining sleeves set in without puckers. i basted & unbasted & stitched & unstitched like seven times & it was still pucker city up in that joint. i was feeling really aggravated so i finally just called it good enough. as a result, the sleeves are just a smidgen too tight to be completely comfortable around the shoulder/underarm. it looks fine, but i know the truth. & it’s worse if i’m wearing a slightly bulky top, like my favorite hoodie. so i’ve been wearing less-favored tops with the coat & that’s kind of a bummer. i wish i had added more easing stitches & taken the time to set the sleeves properly.

i also wish i had not put in so many buttonholes. i think this coat would look best with the last buttonhole maybe right below the waist, so it can flare freely from the hips. now i know, i guess. 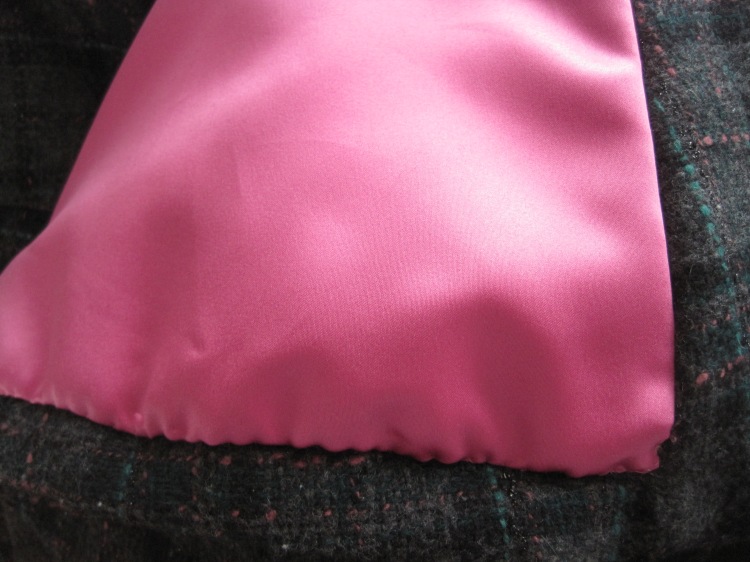 the hems are completely hand-stitched. i hemmed the coat exterior & then hand-stitched the lining to the hem. 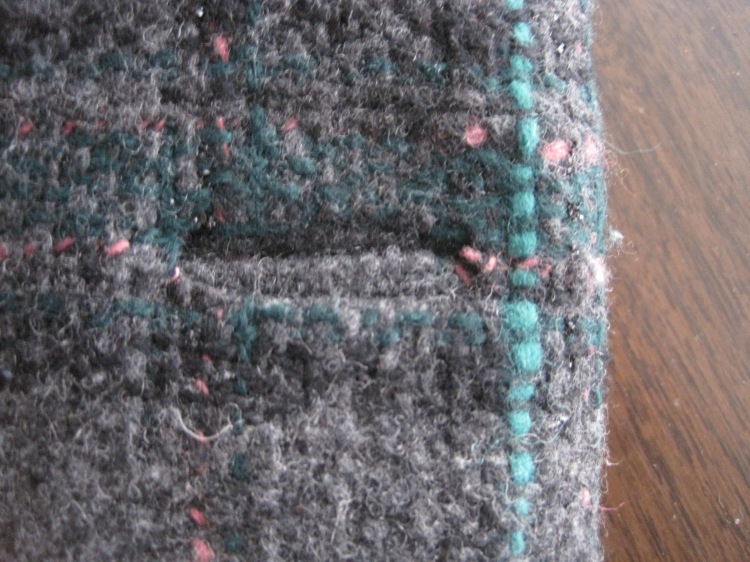 bound buttonhole. they maybe didn’t come out 100% perfect (especially the tiny ones on the hood), but luckily, the fabric is so woolly, imperfections are masked. 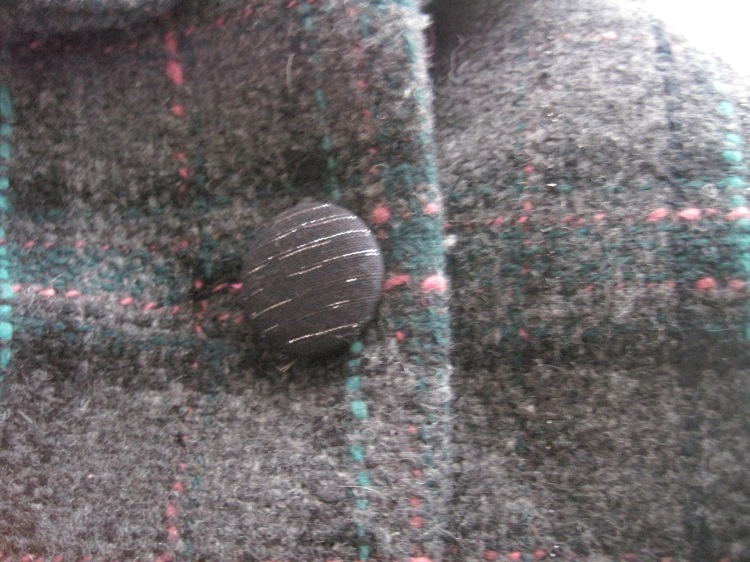 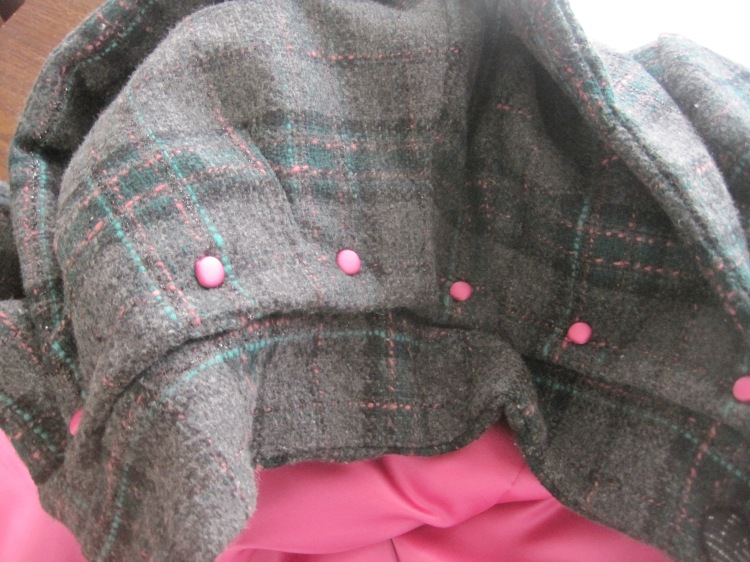 the buttons holding the hood on are on display when the hood is down. i especially like how the hood wraps around so there’s a button on each front shoulder. i just think it adds a little extra class to the coat. 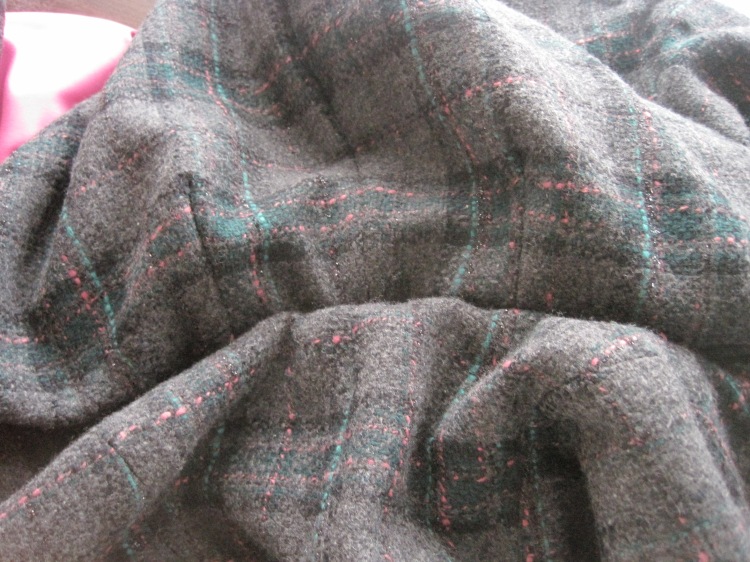 but the buttons are invisible when the hood is up! i was worried the hood would be too big & floppy to be useful, but it actually fits pretty well & definitely keeps my head warmer when i leave my hat at home. 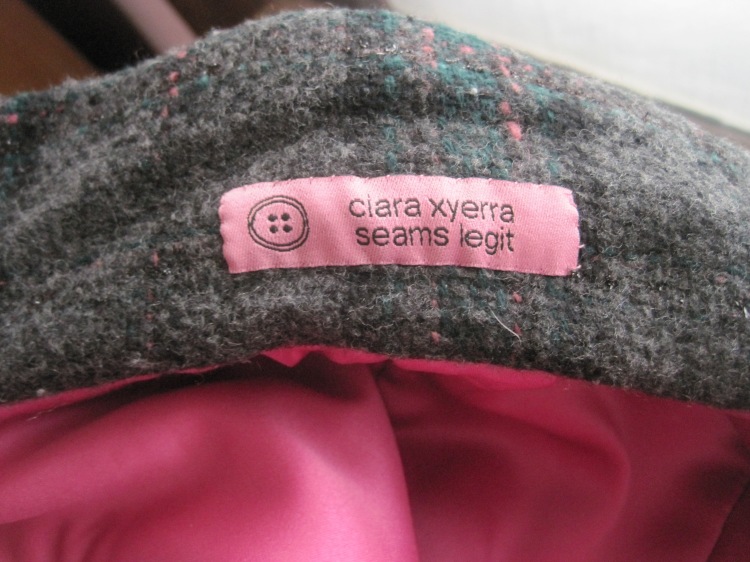 even with the mistakes, i decided this coat had earned a label. i mean, i just started sewing two & a half years ago & now i’ve made a coat. that’s pretty cool.

the reason for the radio silence on the blog & the time it took me to write this up is partly thanksgiving craziness (we didn’t go anywhere, but jared had the week off work, which always throws me off my game a little), partly an exciting bout of debilitating stomach flu (that only affected me–jared & ramona were fine), partly ramona’s birthday (how is she three now?), but mostly because i’ve become obsessed with a new hobby & i’ve been spending all my time researching it. it’s miniature-making.

i’ve always been kind of obsessed with miniatures & dollhouses, but from afar. then i bought ramona a dollhouse for her birthday. 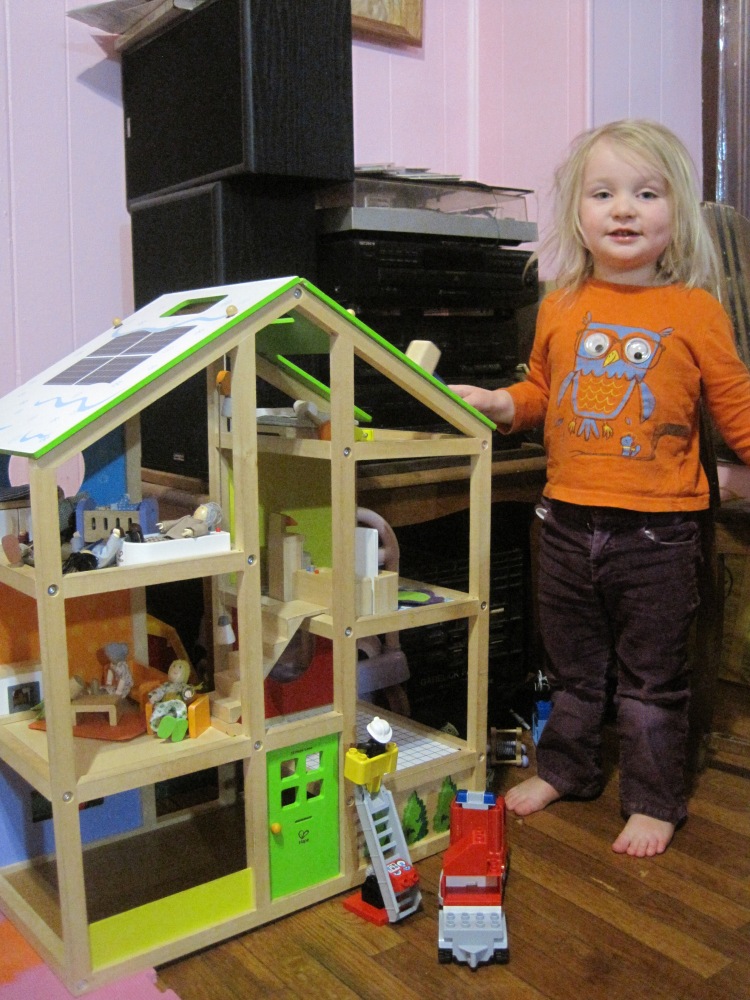 it was the toy store floor model, so i got a really great price on it.

i started exploring collectible dollhouses & then the whole insane world of miniature-making. i guess i had always thought, “i can’t do this because i don’t know how,” but i didn’t know how to sew either before i started sewing. obviously you don’t know how to do something before you do it! so i bought myself a beginner miniature-making tool kit & we will see what transpires. i actually started a whole new blog to write about this stuff. it remains to be seen if i stick with both blogs or gradually shift content from one to the other or what. i’ve been maintaining this blog for six years, & it has changed focuses a lot in that time as my life has changed, so there’s no reason why i couldn’t fold this new interest into the mix. but for now, i like having a dedicated place just for this one new obsession.