jared set up a craft table for me the other day.

looking at this, i am wondering how the fuck i thought i was going to be able to do all my zine work at, like, the kitchen table. i also decided to use “the right tools for the job,” & i went out & bought a rotary cutter, cutting mat, & fabric ruler. my original plan had been to just use scissors & a paper pattern. thanks GOD i came to my senses. sure, those tools cost a little bit of money, but i got almost all my fabric cut last night while jared wrangled ramona. it still took me like three hours (& it’s not even done), but i can’t even begin to imagine how long it would have taken if i was toiling away with a pair of fucking scissors.

suffice to say, finishing this project is going to take a lot of time & a lot of work. my goal for sunday was to complete a sample zine, just to make sure everything looked okay, & so i could get a sense of what each step of the process entailed.

i did it. but you know how long this one zine took me? FOUR HOURS. that includes all the time it took me to stop & tend to ramona’s various needs. she was so accommodating last week when i was editing! she was giving me solid two- & three-hour naps twice a day! she was going to bed at 9:30pm with nary a complaint! but as soon as i moved on to the part of the zine process that is more labor-intensive & involves elements that are much less comfortable for me (i’m not that experienced with sewing), she went on nap strike. she’s only been napping for about an hour a day–all day–for the last several days.

i don’t know what her problem is. i thought maybe she was having teething pain, so i gave her some baby ibuprofen yesterday. it seemed to help a little. it’s also been well over 80 degrees in lawrence & we have yet to install our air conditioners for the year (plus i tend not to run them unless it’s at least 90 degrees & it hasn’t gotten quite that hot). so i thought maybe she was too hot. i gave her a cool bath, which she LOVED, & i let her splash & kick in the tub for like half an hour. then i gave her another half hour of naked butt time to just roll around on the table. she did nap after that…but only for 45 minutes.

she’s still sleeping pretty well at night though, so i won’t complain too much. last night was her first night sleeping unswaddled. she woke up two hours earlier than usual, but luckily, so did jared, so it wasn’t really a big deal.

anyway, i totally have my one-person zine sweatshop going. goals for today: collate the paper part of the zine, pin the pocket seam on all the elephant fabric, & iron the elephant fabric. if that sounds modest, bear in mind that i’ve already worked on it for two hours this morning & am probably only about a quarter of the way done. & i do have other stuff i need to do, like laundry. & attending to a baby’s many needs.

i talked to jared & asked him to give me as much baby-free time as he can spare to work on my zine this week. hopefully pre-orders will go out in the mail on monday. i’ll probably still be putting in a couple hours of day on this thing for the entire month of may, but hey. all the covers of “love letters to monsters” #2 were hand-colored & that certainly wasn’t done in a day. it’s nice to have a creative project.

it’s less nice to have a screaming baby, which i also have right now, so away i go! oh, ps–she’s five months old today: 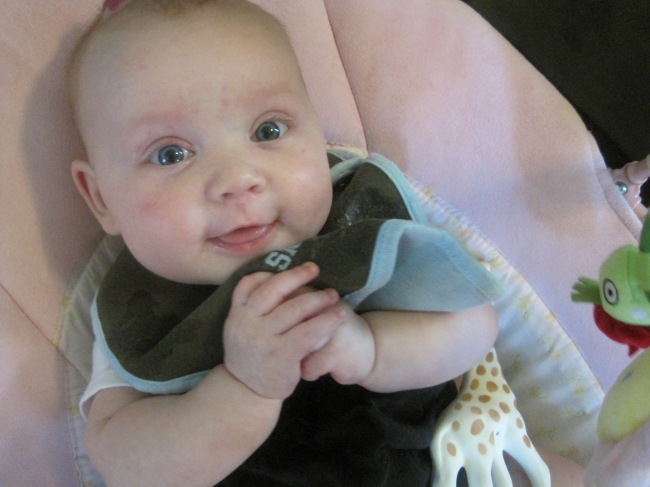 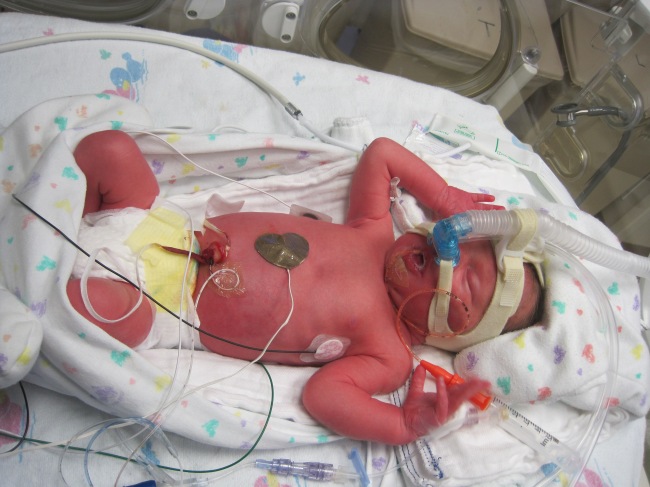 4 thoughts on “welcome to my zine sweatshop”