man. babies. am i right? how can such a tiny little creature devour so much time? 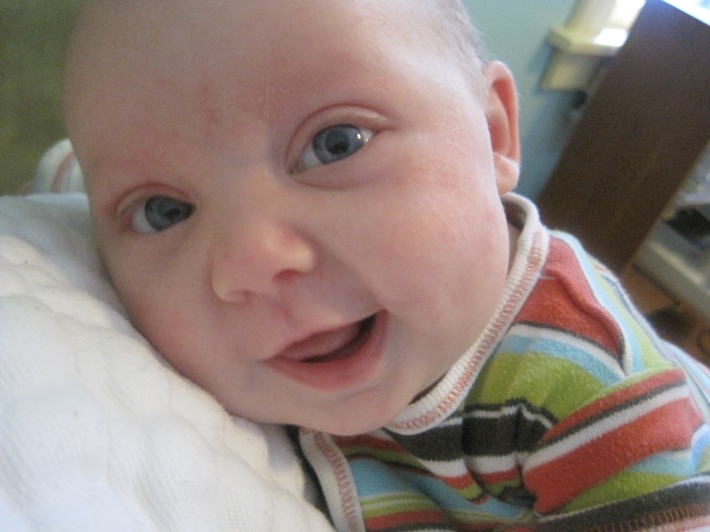 ramona is three months old today. kind of. technically. she was born on november 30, but there are only 28 days in february, so after a long consultation with jared, we decided that we would consider february 28 her “monthiversary”. i tried asking around to other people who are born on the 29th, 30th, or 31st of the month, but obviously the first year is the only one when the monthiversary really matters at all, & no one i asked was in a position to remember how their parents handled the issue. interestingly, both of jared’s parents were born late in the month. maybe that’s only interesting to me, because i’m a big dull loser.

i make these to-do lists that are really just lists of things that probably should happen at some point. i am surprisingly successful at checking most of the items off the list eventually, but i am really starting to wonder if i’m biting off more than i can chew. i asked a mom friend (her baby is 19 months old) if i was just kidding myself in thinking that it’s possible that i will really have any time to do anything other than baby care, & if i will just make myself crazy if i try. her response: “yeah, probably.” she said that literally all she did for her baby’s first year or so was baby care. her partner did almost all the cleaning & cooking, even, on top of working full-time. she didn’t even think about taking on auxiliary projects (aside from starting a new moms group).

i asked because i have been thinking a lot about making a new zine. i don’t know if it would be “love letters to monsters” #4 or a new series. i have been thinking about reprising the name “snakes & tatters” from a brief series of mini-zines i made when i still ran my distro. they had a print run of like twenty copies each (as opposed to 500 for my regular zine). obviously it would be a zine that is a lot about being a mom. a “mamazine,” if you will. now that i am in the position to actually write a mamazine, the term seems a little twee. i liked it better before i became a mom.

but, i mean, i have to actually put things like “brush teeth” & “eat lunch” on my to-do lists or i will possibly forget to do them. there are days when ramona doesn’t allow me to do anything except for hold her, feed her, & change her. i barely have the time & energy for the basics; i really don’t know how i will manage to add the work of making a zine to the list. i hardly had the time/energy/inclination to make zines even before i had a baby. & if what i want to do is make a zine about having a baby/being a mom…well, who is my audience? i mean, realistically?

i had a bout of temporary insanity a few days ago when i seriously considered packing ramona up & jetting off to the chicago zine fest next weekend. i priced airfare & was looking for a hotel room. but then i came to my senses & realized that i get stressed out enough taking care of her sitting on my own couch, wearing pajamas. (sometimes. like when she cries constantly & won’t let me comb my hair or make lunch.) how much more stressful would it be in a whole other city, with no one to help me out (because jared would have to stay in lawrence to work on school stuff)? one zine friend was like, “it’ll be really fun! there’s going to be zinester karaoke!” & while that does sound really fun, & while ramona is still small & mobile enough that i don’t have to worry too much about things being “child-friendly,” i still think it was a case of me maybe wanting to be a little bit more of a superhero mommy than i am.

i decided to go to the portland zine symposium instead, which is in august, hence giving me more time to plan & prepare. plus i know my way around portland better, i’m much more comfortable using portland’s public transit system, august in portland sounds more promising weather-wise than chicago in march, & i know more people in portland. plus, with enough advance notice, jared might be able to come with me. family zine vacay! & it will conceivably give me enough time to maybe make this zine i’m contemplating.

if any of you reading this would be interested in reading a zine from me, what would you like to see? how should i structure this thing? is there anything new i can say, or a new way to say it, that hasn’t already happened in blog form? will this be the first zine i ever make on a computer? i’m kind of thinking that if i managed to pull of a typewritten zine when i have a three-month-old baby to take care of, i really might be a mommy superhero.

26 thoughts on “my first mamazine?”